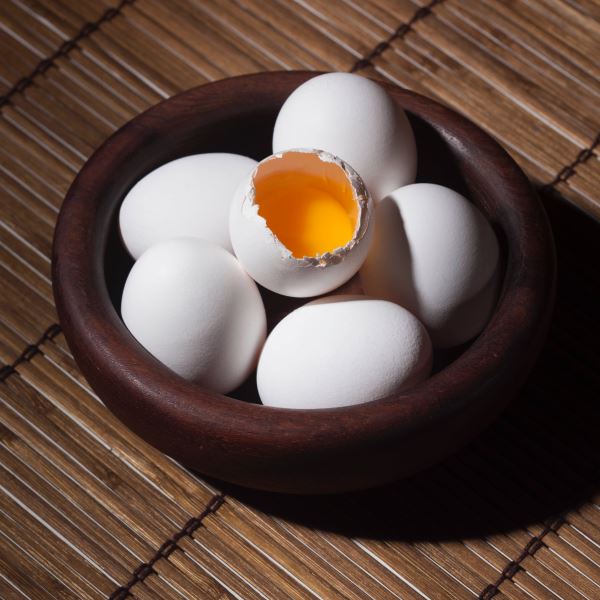 Consuming just one egg a day reduces the risk of stroke by 12 percent, scientists say. A study, led by US scientists, also shows that eating egg each day had no association with coronary heart disease – the leading cause of death worldwide.
Researchers reached the conclusion by reviewing a host of studies published over a period of 33 years – between 1982 and 2015 – which involved more than 275,000 participants. They evaluated the relationships between eating eggs and coronary heart disease plus stroke.
Lead researcher Dr Dominik Alexander, of the EpidStat Institute, US, said research is needed to understand the connection between egg consumption and stroke risk.
But he added: ‘Eggs do have many positive nutritional attributes, including antioxidants, which have been shown to reduce oxidative stress and inflammation. ‘They are also an excellent source of protein, which has been related to lower blood pressure.’
One large egg boasts six grams of high-quality protein and antioxidants lutein and zeaxanthin, found within the egg yolk, as well as vitamins E, D, and A. Vitamin E has previously been found to reduce the risk of future heart attacks in people with heart disease while lutein may help protect against clogging of the arteries.
The findings lends further support to changes in the 2015 Dietary Guidelines, which now include regular consumption of eggs among protein choices.
Dr Tia Rains, from the Egg Nutrition Centre, said: ‘This systematic review and meta-analysis underscores prior research, showing the lack of a relationship between eggs and heart disease and now suggests a possible beneficial effect of eating eggs on the risk of stroke.’
These findings were published in the Journal of the American College of Nutrition.